Recently, yours truly, Angela Kneale has shared parts of her targeting story with a group of international activists. The activists discuss non-consensual testing and surveillance that researchers use/used on them (including Bio-tech and nano-tech).
Angela is a Japanese-American nisei and haafu (mixed race) from Bucks County, PA where white supremacists and Bio-tech lab researchers targeted her since early childhood to recent years- despite a 9year hiatus in Hawaii.
The events leading up to the "disbanding" of AREAL due to a radical McVegan protest on October 26, 1996 in Ithaca, NY caught the attention of Clinton Boys that month.
This press release is part of AREAL's discreet history and archives.
A.R.E.A.L. once had the largest Animal Rights, Vegan, and Environmental related following in Ithaca, NY. And, our efforts helped to secure the Environmenal Studies program at Ithaca College. A program that was non-existent prior to our campaigns, and helped deter student study losses to more Radical environmental colleges and universities in the Western Conference. 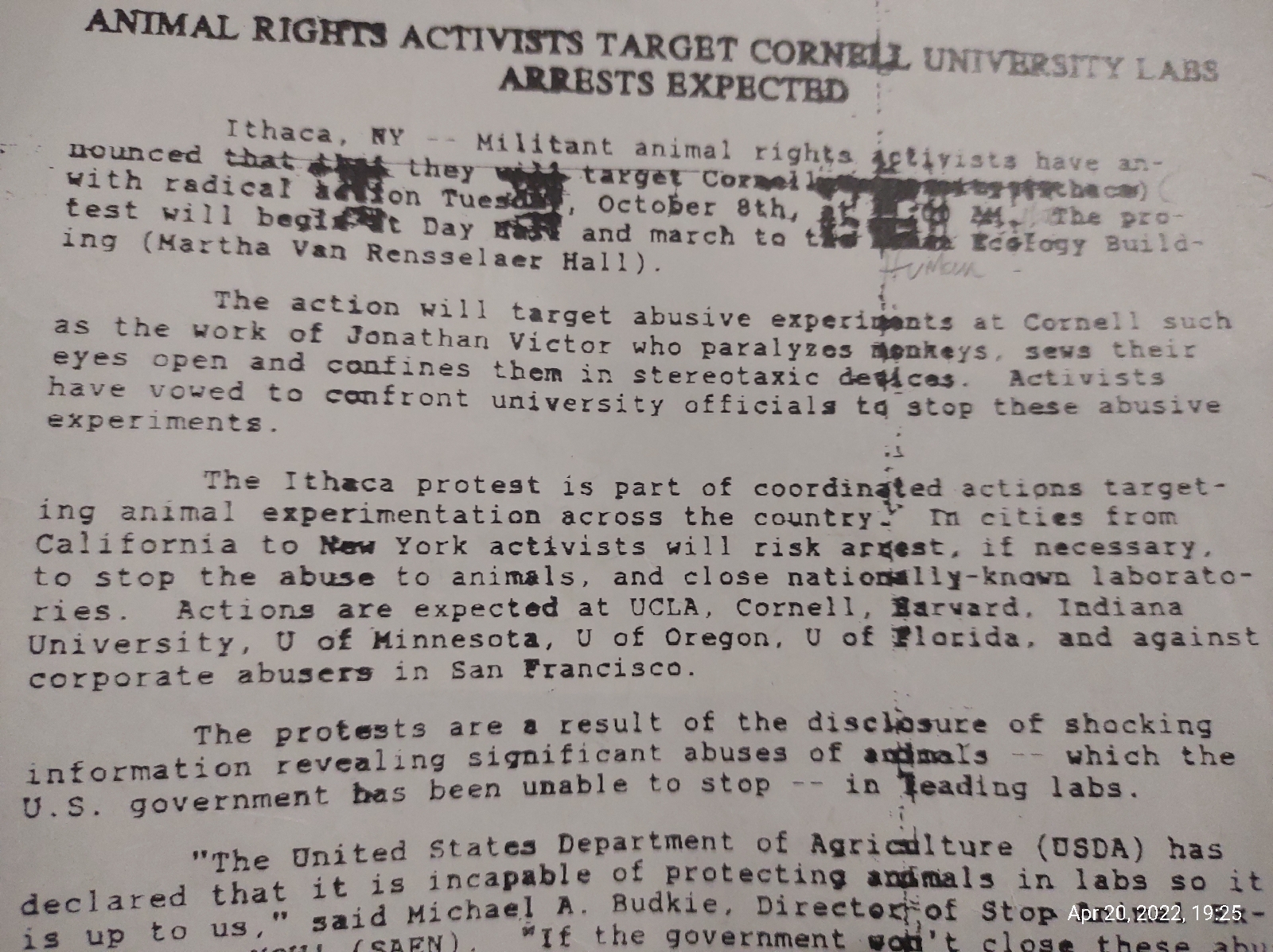 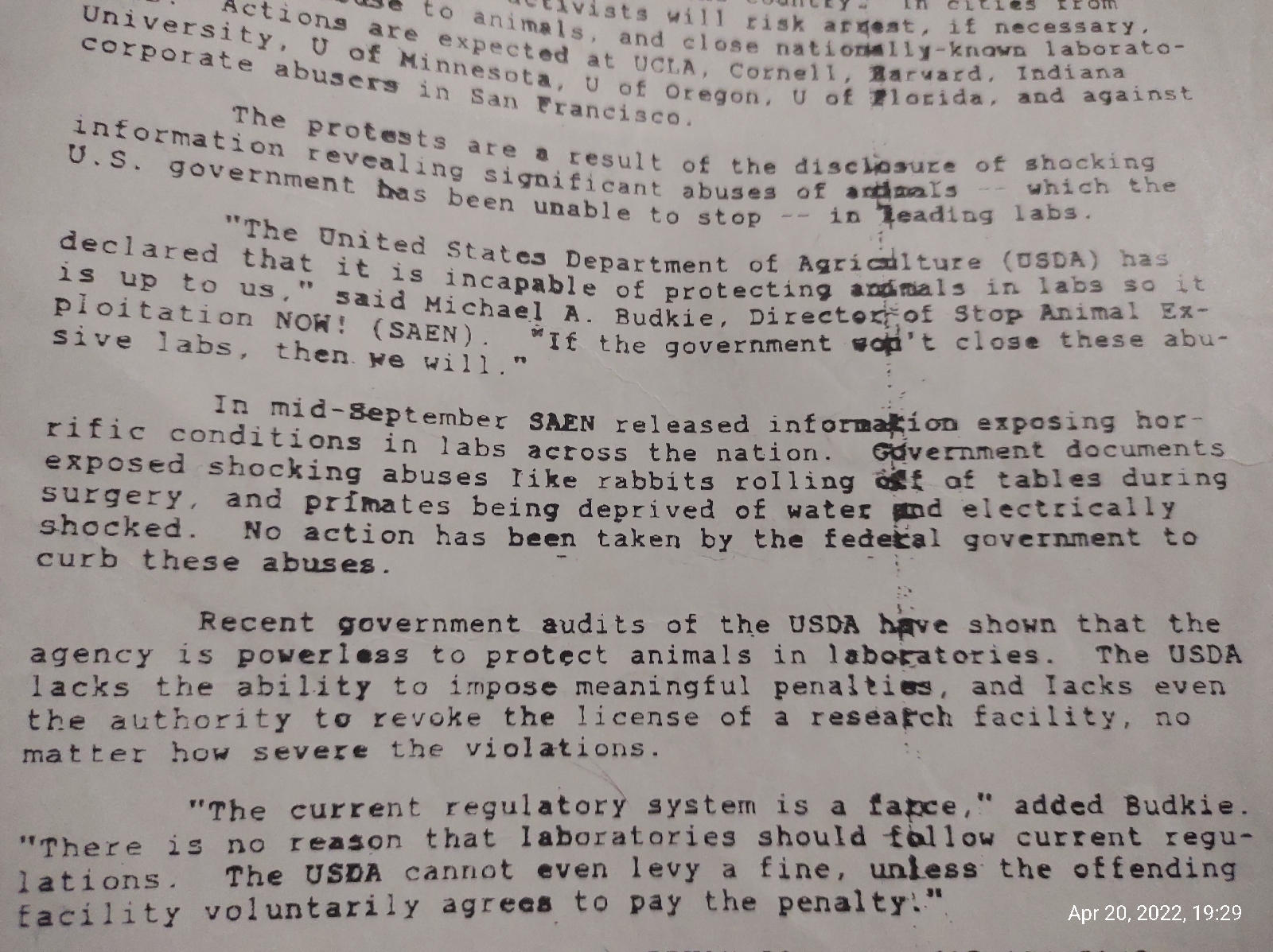 In the archives of boxes left behind, the lone press release reemerged.